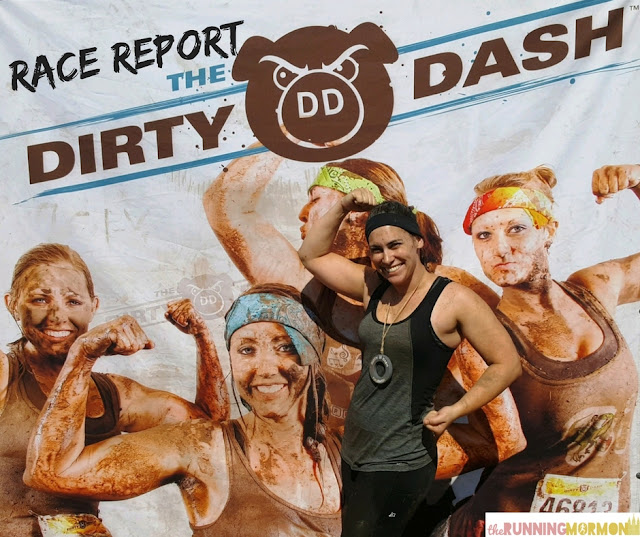 While we are in Oregon this summer, I wanted to do at least one race in the Pacific Northwest. It was awfully convenient that there was a race, on a weekend we would be in town, and that it was in the exact city we were staying in. The best part about this race, is that it is a mud run, which is our favorite race to run together. So my husband and I registered to run the Dirty Dash 5K.

We've done our fair share of mud races before, and have always had a good experience. The Dirty Dash was no different. It was a smaller field than the Warrior Dash, but it was just as much fun! The obstacles were definitely doable I only had trouble on one that required you to climb over five walls in a row, and that's just because I'm short and I can't jump high. There were a number of inflatable ones that were like being in a giant adult-sized bouncy house. Our favorite obstacle was an inflatable slip 'n slide that went down a slight hill. We were twisting and turning our way down that slide right into the mud below us. And, boy was there mud! We got down and dirty in three separate mud pits--one even had mud cannons that shot even more mud at the racers. 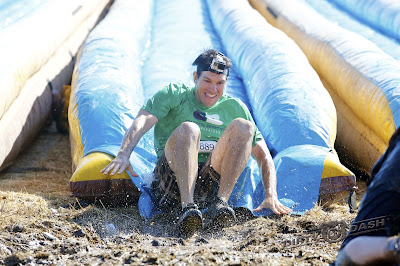 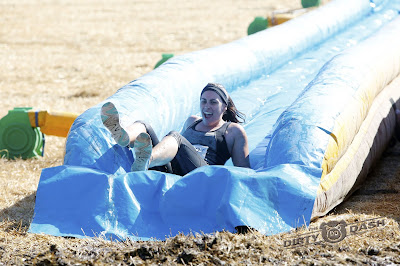 The Dirty Dash had a great DJ that really engaged the crowds at the starting corrals. It also had plenty of photo opportunities with back drops and goofy signs all about. The showers (really they were just hoses) worked as well as could be expected for a race like this. And there were dressing tents for those who wished to change. We just rinsed off and drove home still somewhat dirty. 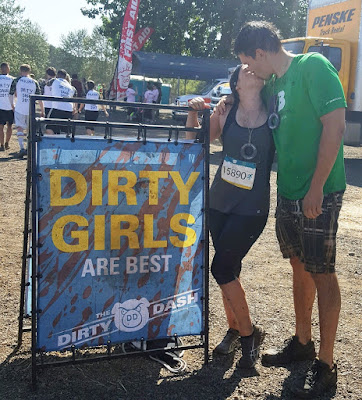 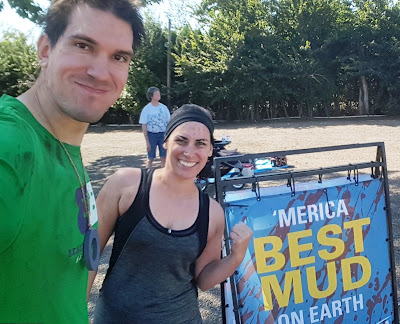 As for race swag, we got temporary tattoos, comfy race shirts, and some of the coolest medals I've seen! They're rubber medals shaped like tires, and I love them! It's my first rubber medal. At the starting line, they had a prize cannon shooting off pig noses into the crowd.


I loved this race so much that I want to run the Dirty Dash happening in Utah in the fall. It was such a good time, and it was also great for families as they offered a Piglet Plunge for the kids who wanted to get dirty as well.