Top o'the running to ya!  I just ran my first St. Patrick's Day race--on the Pi Day of the century (3.1415)!  That morning as I was looking for a green running outfit I realized that I don't have a green running outfit!  I had to settle for my blue shirt and some clip-in green hair extensions.  At least my Salomon running shoes have some green on them.  My dad and daughter came along to cheer me on.  It was so nice to see them as I approached the finish line of the race. 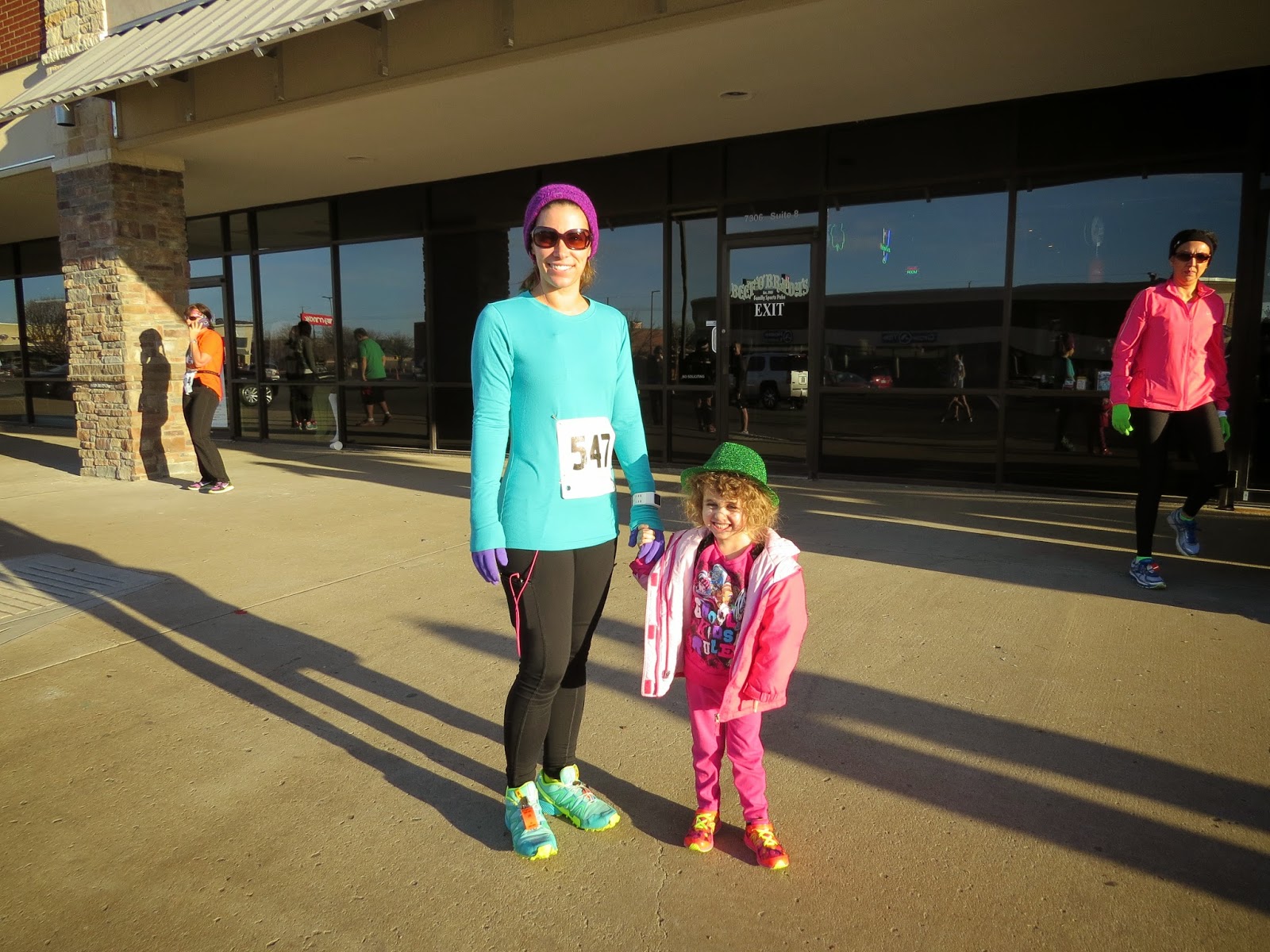 I ran much much faster than I thought I would, since the day prior I had run an extremely difficult 18-mile run.  I was cruising and pushing a pace I usually reserve for the last two miles of a medium-length run--and I held it the whole time.  In fact, with only one mile complete, I was already passing people left and right!  I felt great as I hit my kick and sprinted to the finish, with enough energy to flash a smile at June.  I came in 6th in my age group with a time of 37:36, a new 4-miler personal record!

Many of the runners were decked out in nearly every shade of green.  Runners wore long shamrock socks, green lacy arm sleeves, and all sorts of leprechaun hats. I enjoyed seeing all the costumes and festivities.  Next time, I'll be sure to be prepared to actually don more green in my running outfit. 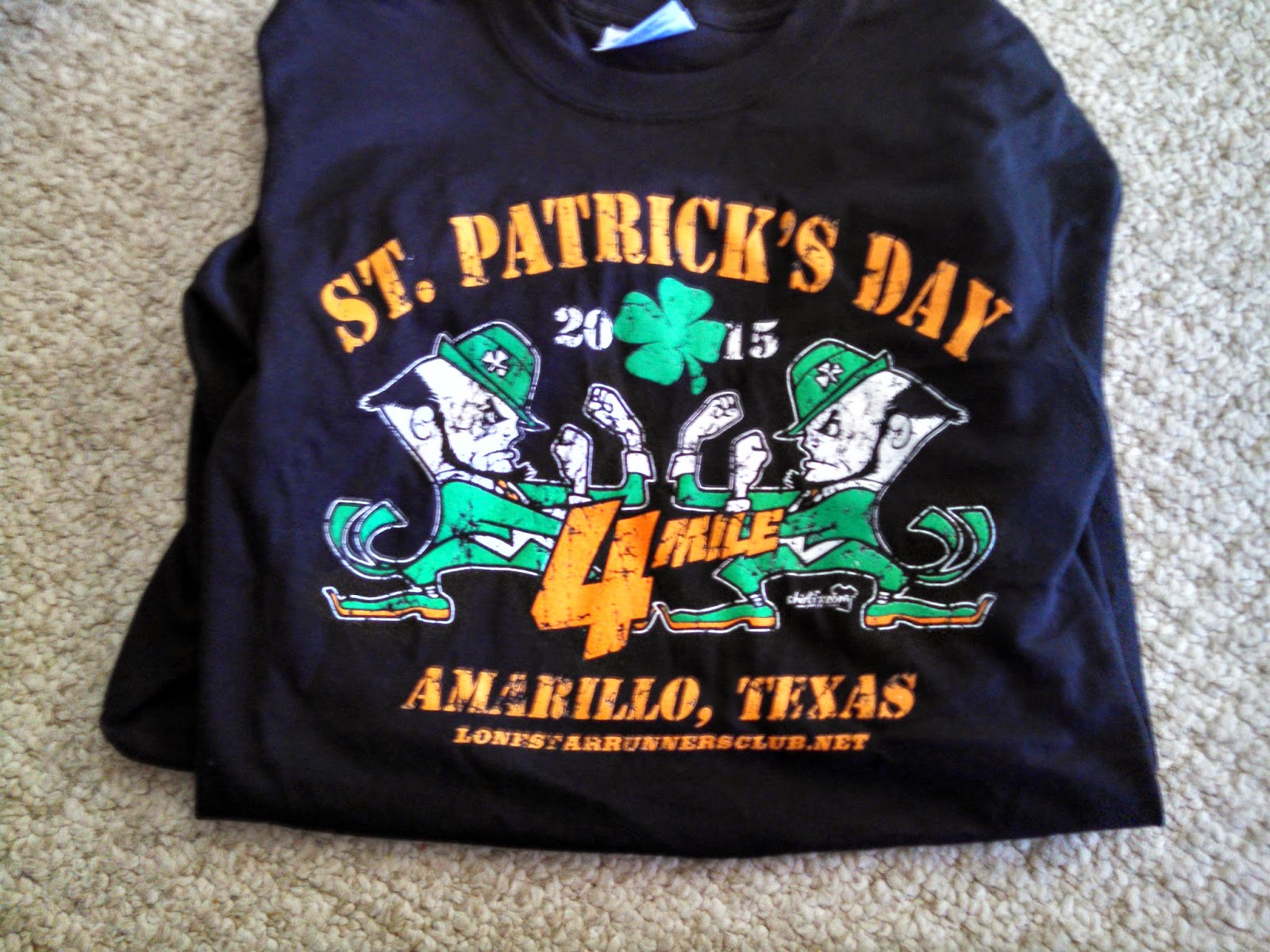 The course was well marked and easy to navigate.  It wound from the shopping center in which Beef O'Brady's is located through the residential neighborhoods right behind the mall.  The only issue with the course was the construction at the start/finish area.  It caused a bottleneck on a muddy and slick sidewalk which could have caused safety problems.  It's good that the race director had people monitoring the area for such safety issues, so they were aware of the concern.

Overall, this was another good race put on by the Lone Star Runners Club.  It was well organized and staffed with fun shirts and plentiful door prizes.  We enjoyed milkshakes after a nice cool down walk at Beef O'Brady's where June managed to score some of those green door prizes.  My favorite part was having my family there as spectators to cheer me on.  I