The Fall of Adam and Eve (FHE)

We got to do Family Home Evening on the road last night while we were in Austin for my cousin's wedding.  This week's lesson was chapter 6 in the Gospel Principles manual, The Fall of Adam and Eve.

Song: With this topic, the song was a bit more difficult to select, but I settled on the Children's Songbook song #122, The Second Article of Faith, which goes as follows:

This song went best with the overall theme of this lesson on the Fall. 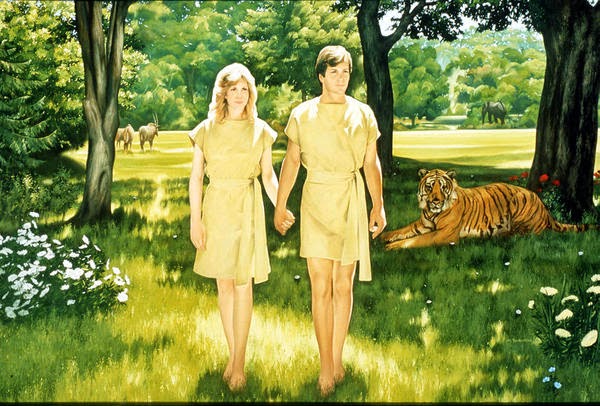 They were placed in the Garden of Eden and were not yet mortal.  In this state, they couldn't have children, they couldn't die, and they were innocent like children (2 Nephi 2:23, Moses 6:59).  God commanded them to have children (Moses 2:28).  He also told them they could eat of any tree in the garden, but forbade them from eating of the tree of knowledge of good and evil for in that day they would surely die (Moses 3:17).  Satan didn't know Heavenly Father's thoughts, and he wanted to destroy Heavenly Father's plan.  He approached Eve and tempted her to eat of the fruit, for they would be as gods knowing good from evil (Moses 4:11).  Eve realized that they couldn't have children and keep Heavenly Father's commandment, or become like Him without knowing good from evil, so she ate of the fruit.  Then Adam ate as well.  The changes that came upon Adam and Eve because they ate the fruit are called the Fall.


Bea cause they ate of the fruit, the Lord sent them out of the Garden of Eden into the world.  They be came mortal and because of this, they were able to have children, suffer illness, pain, and physical death.  Additionally, since they were cast out of Heavenly Father's presence, they suffered a spiritual death. 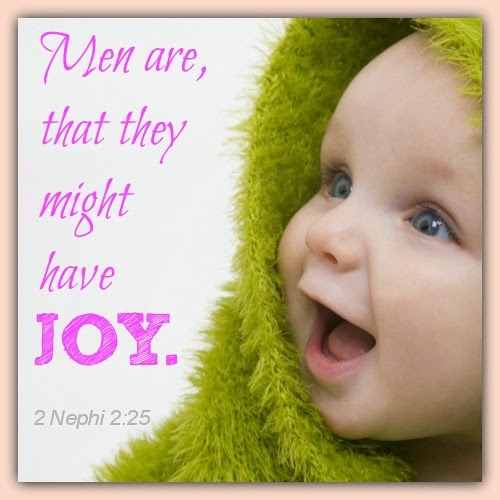 Some people believe Adam and Eve committed a serious sin when they ate of the fruit, but latter-day scripture helps us understand that the Fall was a very necessary part of the plan of salvation, even a blessing to us all.  Because of the Fall, we are all blessed with physical bodies, the right to choose between good and evil, and the opportunity to gain eternal life.  Eve said, "Were it not for our transgression we never should have seed [children] and never should have known good and evil, and the joy of our redemption, and the eternal life which God giveth unto all the obedient" (Moses 5:11).  "Adam fell that men might be; and men are, that they might have joy" (2 Nephi 2:25).

Activity:  I picked some of June's small toys in three categories:  rings, my little ponies, and puff-animals.  I tied strings of varying lengths to each one of them, but I color-coded the categories.  rings were tied with white ribbon, ponies with pink, and puff-animals with red.  then I made a pillow-wall and placed the ribbon over it on the side facing June, so all she could see was the ribbon.  I then told her to pick a puff-animal.  She was confused, as intended, and I told her to pull on the ribbon for a puff animal.  She tried a white string, another white string, and a pink string, but to no avail.  With each attempt, I just told her "No, I said pick a puff-animal."  On her fourth try she got one by chance.  I asked her if it was hard to find the puff animal and she said "Yes, I can't see the toys!".  Then, I told her how the strings were coded, red for puff-animals, white for rings, pink for ponies.  I set up the game again, and then said, "pick a ring."  She got the ring.  "Pick a pony."  She got a pony.  Now the game was easy and June picked correctly each time.  I asked her why it was easy this time and she said, "Because I know the toys and the colors!"  I told her this is why we need the knowledge of good and evil.  In this manner, we can know what we are choosing.  We can know if our choices are good or evil and will lead to blessings or punishments.  Then, June got to play with all her toys. 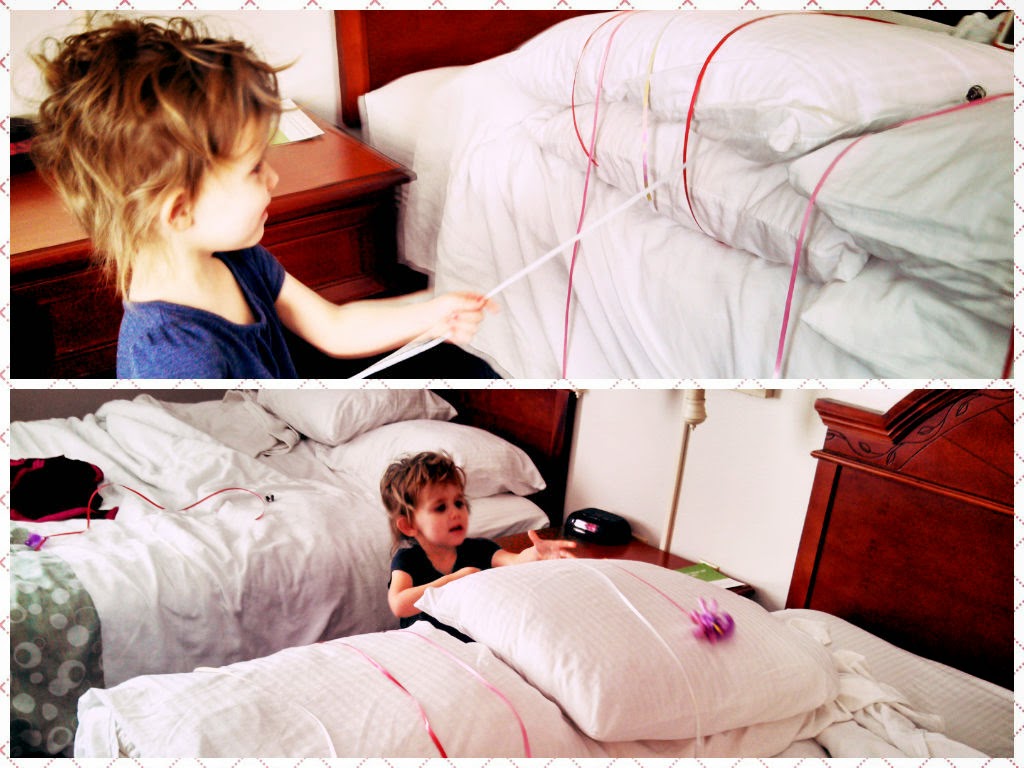 It took me a while to think of an activity for this lesson.  A long while.  It was almost last minute when this idea came to mind.  I wanted to find a way to illustrate why it's important we know good from evil. I think this game worked fairly well.
Posted by Unknown at 2:07 PM
Email ThisBlogThis!Share to TwitterShare to FacebookShare to Pinterest
Labels: Adam, Adam and Eve, agency, choice, Eve, Fall, family, Family Home Evening, FHE, good and evil, transgression