Moses was a prophet (FHE)


Tonight was Lesson #5, Moses was a prophet, in our follow the prophet Family Home Evening (FHE) lesson series.

Song: The fifth verse of Follow the Prophet (Children's Songbook, #110) laid the foundation for tonight's FHE on the prophet Moses: 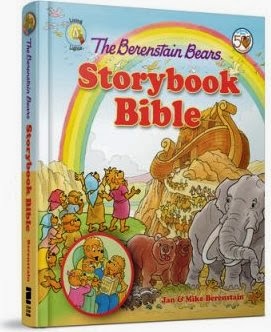 Scripture/Story: I read June the Story of Moses (Exodus 1) from the Berenstain Bears Storybook Bible.  This book did a wonderful job of summarizing Exodus for children.  It discussed Moses' birth, the ten plagues, the parting of the Red Sea, the Burning Bush, and the Ten Commandments.  Since the main lesson of this FHE centers around the importance of keeping the commandments and the consequences of disobedience (the children of Israel wandering for 40 years), I also read her chapter 22 (40 years in the Wilderness) from Old Testament Stories.  She did great for the amount of reading we completed tonight.  She loved the pictures from the Storybook Bible and she enjoyed pointing at the comic book style pictures from the second book as she followed along with the sections I read to her.

Activity:  June had to get to the promised land with her stuffed animals and Heavenly Father would lead them as long as they kept His commandments.  She started "in a mountain" or on the fireplace step where she asked the Lord (I held up a picture of Christ) for guidance.  She then received two tablets with ten blank spaces on them and was told she had to lead her animals to the promised land.  I turned off the lights and she was to follow a "pillar of fire" (flashlight) to guide her in the dark.  I, holding the flashlight, showed June where to go until her animals started "complaining".  I would make whiney noises for them and say things like "I'm hungry," "I'm tired," "I'm sick of manna," "I want to go back to Egypt."  Then I turned off the light.  To get the next set of directions, June had to ask Heavenly Father for help.  Once she did that, she would receive a commandment (I made pictures of each commandment).  She would stick it to her tablets and teach her animals how to live it, usually by saying something like, "Animals, you have to love God and make him 'portant!"  Each time her animals "murmered", the light would go out and June would ask Heavenly Father for help again to get another commandment until she had all ten on the tablets.  Throughout her "wanderings" she collected more animals to show how the people multiplied.  Finally, when the "murmuring" stopped, she was able to lead her animals into the "promised land".  For the promised land, I turned every single light on in my room and filled it with pictures of family, friends, and temples.  June ran over to the pictures and said, "Mommy, I'm so happy!"  From the mouths of babes; she was happy to be in the light after all the dark with her family.

Lesson: We talked about how the route was fairly short, but the Israelites had to travel so long because the people lacked faith and would murmer or misbehave.  The extra traveling was to help humble them and prepare them for the blessings they could receive.  When June and her animals were being obedient, they had the light to follow.  When they began to murmer and misbehave, the light went out and they were in the dark.  They got the light back by humbling themselves and praying to Heavenly Father for guidance.  Only being obedient brought the light continually.  When they kept all the commandments, they made it to the promised land which was full of light, family, and happiness.

This lesson was a huge success, and I think it was the longest activity we've had thus far.  June loved the stories and she really loved the activity.  She kept the "plates" with her throughout the night and I kept catching her telling her animals they had to "be good and keep the commands!"  Hopefully, she'll really learn and apply commandment #5.  :)


I printed the following for our activity tonight and laminated them.  I cut out each "commandment" and used putty to secure them to the "tablets" as June received each one. 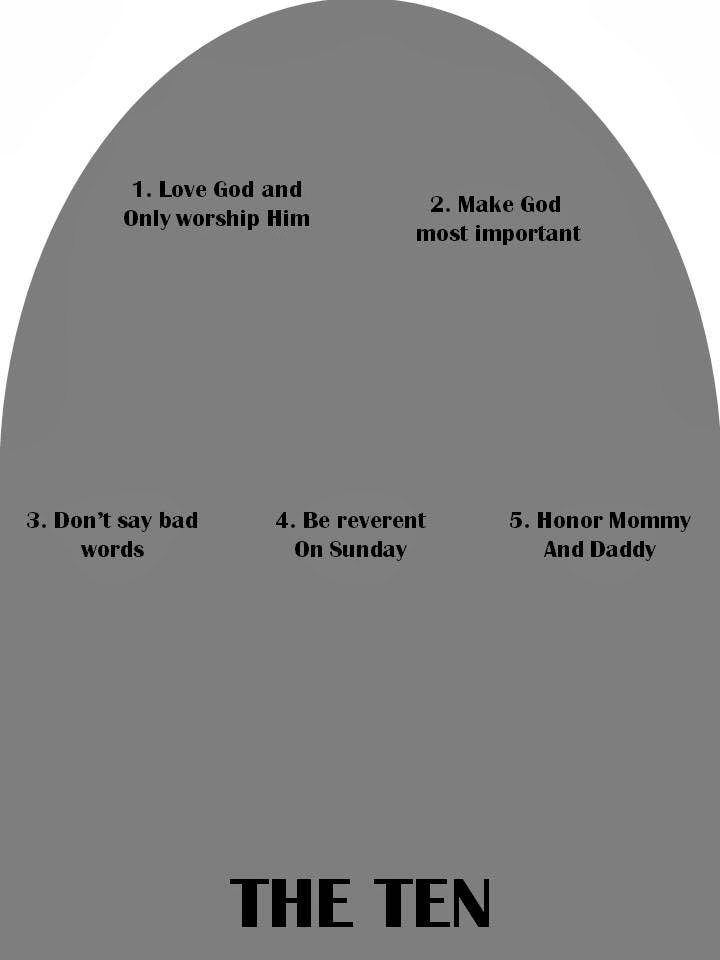 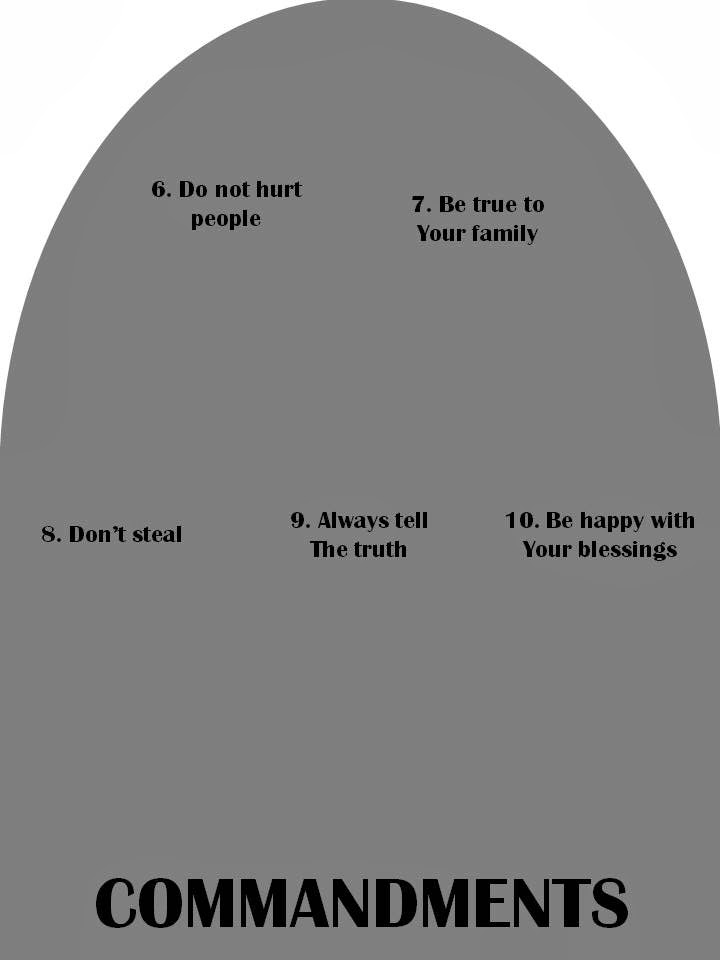