" Behold, a sower went forth to sow; and when he sowed, some seeds...fell among thorns; and the thorns sprung up, and choked them: but others fell into good ground, and brought forth fruit, some an hundredfold, some sixtyfold, some thirtyfold." (Matthew 13:3, 7-8)

As I read the parable of the sower as taught by Christ, the section of the thorny ground hit me with greater meaning than ever before.  Although I've read it many times in the past, I understood far more in my New Testament study this last time than ever before.  The abundant growth of weeds shows the fertility of the soil, but the strong influence of these weeds quickly choke the good plant to death--the same as is with those who have a testimony of the truth of Christ and His teachings, but instead of following Him first and seeking to build His kingdom, are caught up in pursuits of "the honors of men, the educational standards of the world, political preferment, or money and property."  These people care more of things of the world than they do of the gospel of Christ and thus will be "burned with tares which overcame them" than achieve salvation and eternal life with the wheat. (Elder Bruce R. McConkie) 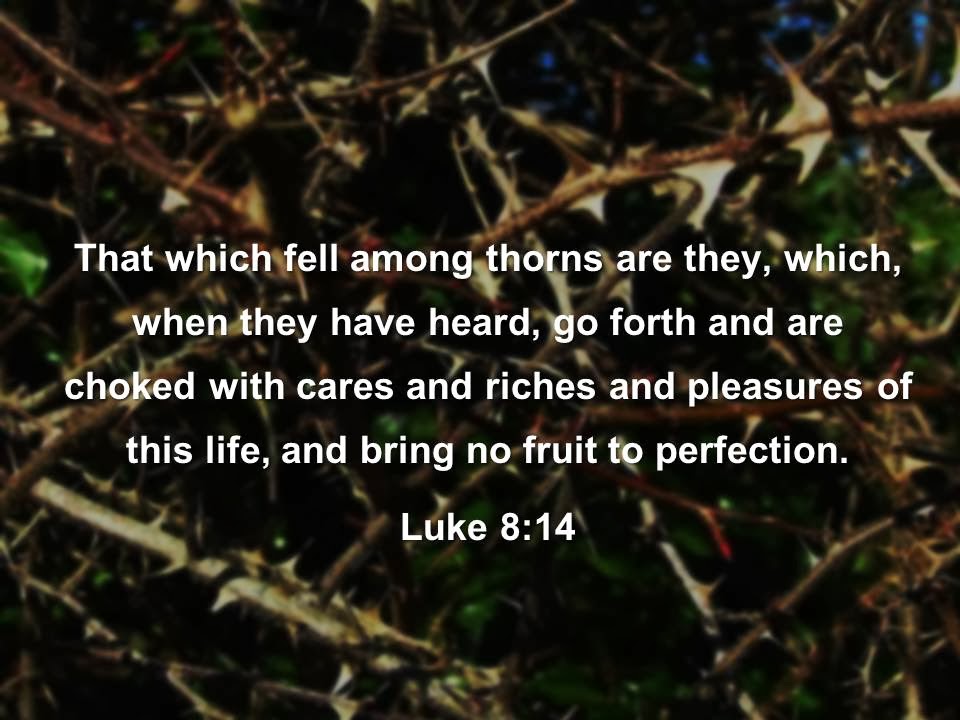 Not long ago my heart was good soil, but overcome with weeds, thorns, and thistles.  I knew the gospel was true.  I had a testimony of Christ.  I believed in the scriptures.  Yet, I was too caught up in the desires of the world.  Instead of putting Christ first-- or even anywhere near the top of my priorities list--I was seeking after financial gains, materialistic goods, education, family duties, military commitment, and being content with eating, drinking, and being merry.  Now, some of those things are worthy pursuits, but I was focused so much on them I wasn't making time for Christ and it really showed.  I was unhappy, negative, and selfish.  I was living with a heart full of tares which would be burned if I continued on that path.

With the positive influence of good friends and associates, I was able to bring about a mighty change of heart.  After much repentance through the power of Christ's Atonement, I weeded my heart and straightened my priorities.  Putting the Lord first in my life above all other things allowed my heart to become that good ground which allowed the Word to grow within me.  Hopefully now, I can reap the harvest of thirtyfold, sixtyfold, or even an hundredfold of good fruit. 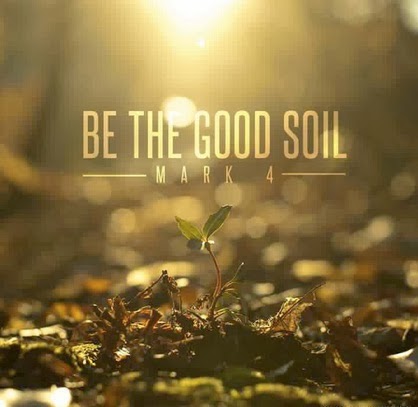